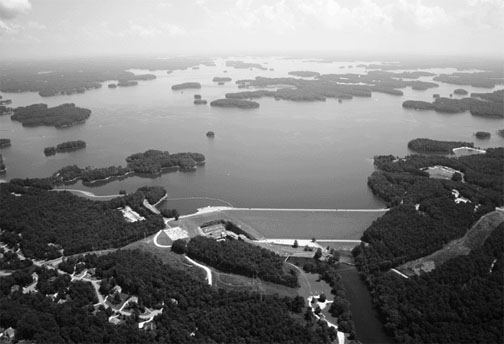 In 1946 the U.S. Congress authorized the U.S. Army Corps of Engineers to construct Buford Dam for purposes of river navigation, flood control, electric production, and water supply. $750,000 was budgeted in 1949 to construct the Buford Dam, and on March 1, 1950 a ground breaking ceremony was held. Over 700 families had to be relocated, at a cost of 19 million dollars, to acquire the 56,000 acres needed for Lake Lanier, which when full covers 38,000 acres with water. Lake Lanier’s shoreline is 692 miles long.

Seven years and 45 million dollars later, the Buford Dam gates were closed on February 1, 1956. It wasn’t until May 25, 1959, that Lake Lanier reached full capacity with the water’s surface at 1070 feet above sea level. 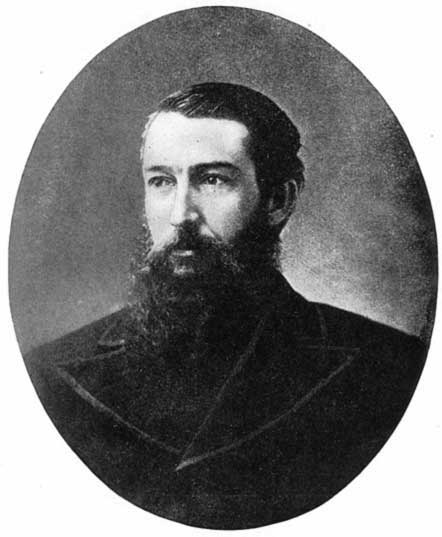 Lake Sidney Lanier was named for the famous poet who wrote “The Song of The Chattahoochee” about the river that was damned to form Lake Lanier.

Sidney Lanier was born in Macon, Georgia on February 3, 1842. Sidney loved music taught himself to play the piano, organ, flute, and guitar. He attended Oglethorpe College when he was 14 and in 1860 was graduated at the top of his class. He soon was marching in the Confederate Army and fought in many battles in Virginia. He was captured while aboard a blockade runner, “Lucy,” and put into a Union prison at Point Lookout, Maryland, where he became ill with tuberculosis. The disease is a reason he died at the age of 39.

Following the war, he was married and raised children in and near Baltimore, Maryland, but his failing health in 1881 led him on his doctor’s advice to seek cleaner air in the mountains around Asheville, North Carolina. He died in Lynn, North Carolina, on September 7, 1881.

The Song of The Chattahoochee

All down the hills of Habersham,
All through the valleys of Hall,
The rushes cried Abide, abide,
The wilful waterweeds held me thrall,
The laving laurel turned my tide,
The ferns and the fondling grass said Stay,
The dewberry dipped for to work delay,
And the little reeds sighed Abide, abide,
Here in the hills of Habersham,
Here in the valleys of Hall.

High o’er the hills of Habersham,
Veiling the valleys of Hall,
The hickory told me manifold
Fair tales of shade, the poplar tall
Wrought me her shadowy self to hold,
The chestnut, the oak, the walnut, the pine,
Overleaning with flickering meaning and sign,
Said, Pass not, so cold, these manifold
Deep shades of the hills of Habersham,
These glades in the valleys of Hall.

And oft in the hills of Habersham,
And oft in the valleys of Hall,
The white quartz shone, and the smooth brook-stone
Did bar me of passage with friendly brawl,
And many a luminous jewel lone
-Crystals clear or a-cloud with mist,
Ruby, garnet, and amethyst-
Made lures with the lights of streaming stone
In the clefts of the hills of Habersham,
In the beds of the valleys of Hall.

But oh, not the hills of Habersham,
And oh, not the valleys of Hall
Avail: I am fain for to water the plain.
Downward the voices of Duty call-
Downward, to toil and be mixed with the main,
The dry fields burn, and the mills are to turn,
And a myriad flowers mortally yearn,
And the lordly main from beyond the plain
Calls o’er the hills of Habersham,
Calls through the valleys of Hall.